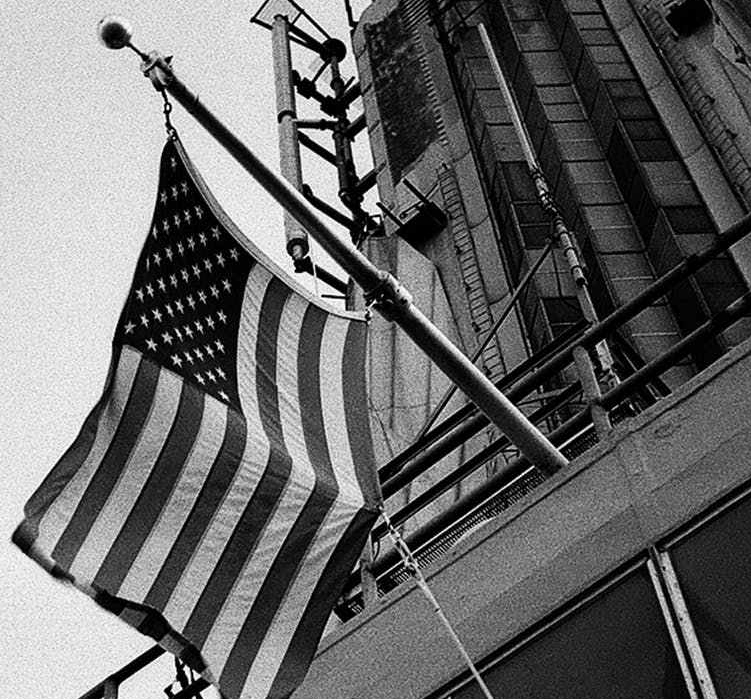 FORGET NONE OF HIS BENEFITS

“Then in the fourth generation they will return here, for the iniquity of the Amorite is not yet complete.” – Genesis 15:16

For the Iniquity of America Is Not Yet Complete

We find in Genesis 15 that Yahweh Elohim reaffirms His covenant with Abram (Genesis 12:1-3), saying that He will be Abram’s shield and great reward. He would have a son and his descendants would be as the stars of the heavens. Yahweh proves His faithfulness by having a flaming torch and smoking oven pass between the pieces of the animals Abram had cut. Yahweh was symbolically cutting a covenant with Abram.

In the midst of this transaction Yahweh promises that Abram’s offspring would be enslaved and oppressed for four hundred years in a foreign land, but that in the fourth generation (four hundred years) His people would return to the land of Canaan. It would take that long because the iniquity of the Amorites was not yet complete.

What does this mean? Who were the Amorites? The Amorites were a pagan people living in what is now called Syria and Palestine. They worshipped false gods. Every individual or nation is stirring up wrath for the day of the wrath and revelation of the righteous judgment of God who will render to every man according to his deeds (Romans 2:5,6). In other words, the longer a person or nation lives in rebellion and rejects the overtures of grace by the Mighty One, the greater his judgment will be. They will suffer punishment away from the presence of the Lord and the glory of His power (2 Thessalonians 1:8,9). In due time the Amorites’ wickedness would increase to the place where Yahweh would pour out His wrath on them and the nation of Israel would dispossess their land. God’s patience with the Amorites finally ran out some four hundred years later when Israel attacked Sihon, King of the Amorites, when he would not allow them to pass through his land into the Promised Land. Yahweh also gave Og, King of Bashan, into the hands of Israel (Numbers 21:21-35).

Question – in light of the three thousand abortions performed every day in America, that is nearly four in ten pregnancies ending in abortion[1], in light of America reworking the definition of marriage, something no nation in the history of the world has done, in light of the “queering” of America[2] being orchestrated at this present time, and because we continue very deliberately to move toward socialism and a one world government[3], why has God not yet judged and destroyed us?

The Biblical answer, my friends, is that the iniquity of America is not yet complete. God is still giving us time to repent, just as He did the nation of the Amorites. However, when that time comes, and no one knows if and when that time will come, no one will be able to stand before Him. Today our country may happily run along as though God’s favor rests unequivocally and unreservedly upon us, but it is only a mirage. Do not be foolish, but understand what the will of the Lord. is. God is not mocked. Whatever we sow, we will surely reap.

I was struck recently with the irony of the moral outrage of so many in our country concerning the poisonous gas attacks by Assad of Syria on his own people, killing some forty of them, including a number of children. No doubt, this is horrible and reprehensible. I can also ask, as many others did, “How can a man do such a thing?”

Perhaps, however, we ought not to pontificate too much about the wickedness of Syria until we clean up our own backyard. While forty people lost their lives on the day of the gassing, our nation killed three thousand innocent and defenseless children in the womb. What kind of nation does that? A death culture has fallen like a dark, ominous cloud upon our land. It has been with us at least since Roe v. Wade in January, 1973. A nation which will suck the brains out of infants in the womb will do anything. So, we should not be surprised by the corruption in Washington D.C., the statism and socialism that is being bought “hook, line, and sinker” by so many millennials, and the wholesale acceptance of Sodomy in our nation.

When Mike Pompeo, an evangelical Christian, was recently examined before Congress in his hearing to become Secretary of State, Congressman Cory Booker, Democrat, New Jersey, asked Pompeo if he thought homosexuality was a perversion, Pompeo’s answer made clear that he held to a Biblical view of marriage. Booker tried his best to discredit Pompeo and to suggest that he would discriminate against homosexuals in the State Department, something Pompeo dismissed out of hand.[4]

Really now, why should we have any confidence that God will not judge our nation? We are corrupt and wicked. To borrow the words of Daniel, “We have sinned. We have been wicked,” (Daniel 9:15.

Do you see, my friends, the utter darkness in our nation? Until you see it, until you see it in everyone outside of union with Jesus Christ, including your baptized children and grandchildren, we will not pray and we will not evangelize. We will continue to drift along as though all is well. Yes, we have our prosperity, peace, and affluence, but these are lulling us to sleep. Judgment is surely coming. When? I do not know, but it is unavoidable unless there is massive repentance and seeking the Lord. Where are the preachers sounding the alarm? We are at ease in Zion. We are storing up wrath. The iniquity of America is not yet complete, but it shall be sometime in the future, unless we repent.

4. The Washington Post, Cory Booker grills Mike Pompeo on whether he believes being gay is a perversion, April 12, 2018.